The following article aims to contribute to an understanding of the first images that the specialist press in Portugal, sought to publicize the family house. As part of an in-depth academic research on all single-family housing images published in the pages of the magazine “Portuguese Architecture” (1908-1958), we will, in this article, highlight their ideal and typology of images published and some of the images and moments most relevant in this context.

An analysis of this magazine allows us to understand the image and context of the Portuguese architectural production. Some of the most relevant names in the national art scene are immortalized in the national editorial context and in the leading specialized media of the first half of the twentieth century. As a privileged archive of memories of the early twentieth century, the analysis of single-family housing images published by this publication is a rich field of research and opportunities.

Mainly because they had two clear objectives: the development of culture and “good taste” of all the Portuguese. Through this paper, we highlight the strong focus on works that educate the Portuguese in relation to housing, cultivating their assumption of “good taste” on all national stakeholders - architects, engineers, homebuilders, customers, etc. - in building the image of the national architecture.

Analyzing some of the options of the specialist press in Portugal we seek to enrich this research and open subject-matters and future directions of research.

This article focuses on the media coverage of dwelling in the magazine “Portuguese Architecture”, in the first half of the twentieth century. The article is organized in three chapters.

In the first chapter we draw up a brief summary of the importance of the media in the early twentieth century, and international media coverage. Also providing some of the European context and only then introducing Portugal and its most relevant publications.

Thereby, the second chapter focuses on Portugal. It sums up the emergence of the two pioneer architectural magazines in Portugal and its ideals. The first publication to emerge was “Modern Construction” (1900-1919) magazine and later “Portuguese Architecture” (1908-1958). During the 1920s the publishing activity of the periodical press specialized in architecture declined, and the “Portuguese Architecture” was then the only prominent publication.

In 1935 the merger between the magazines “Portuguese Architecture” and “Ceramics and Building” opened the magazine’s editorial context, which now incorporates an industrial perspective. On the other hand, from the 1940s and 50s, more and more articles were published diffusing and introducing an international perspective. Since the 60’s the promise of a boom of publications specializing in architecture began, a fact that was not addressed in the context of this article.

In a third chapter we focus on the “Portuguese Architecture”, their ideal and typology of published pictures and some memorable moments. We use examples which include some of the most important names in the national art scene and illustrate some of the more widespread key aspects - architectural, functional materials, etc. -, particularly regarding the single-family housing projects.

In the third part of this article we will address in more detail the magazine “Portuguese Architecture”. So we would like to, by way of example, to refer to some of the most important aspects - and images published - of the four series of the magazine.

As for the editorial policy, the publication focused graphical quality parameters and criticism expressed either in print quality, either in the articles written by renowned authors such as: Abel Botelho (1855-1917), Ramalho Ortigão (1836-1915), Rozendo Carvalheira (1864-1919), among many other who signed articles in this magazine. The process of selecting projects to publish was based on molding the “taste” of the Portuguese, tending to defend and promote only profiles similar to architects such as: Adães Bermudes (1864-1948), José Luís Monteiro (1848-1942), Norte Junior (1878-1962), Ventura Terra (1866-1919), among others.

As for the type of image published, five different approaches can be identify (with regard to images of single-family houses): only using technical drawings; occasional use of photographs of the exterior; the use of watercolor drawings; the disclosure, in thematic sections, of new types of images (like photographs and illustrations) of comfort, and that often implied a reflection on topics such as the bedroom or sanitary facilities; and finally the first articles that disseminate the best of national and international production almost exclusively through photographic images of its interiors.

We can thus conclude that the “Portuguese Architecture” as privileged archive of memories of the early twentieth century, had two clear objectives: the development of culture and “good taste” of the Portuguese.

The “Portuguese Architecture” contributed to the consecration of photography as a privileged instrument for representation of the architectural project. This magazine gave a special emphasis on residential architecture, including the single family housing and the image of its interiors.

Since the first issue in 1908 until 1916 elements such as the introduction, in the title page of each issue, of information about the authorship of photographs and engravings, proved the importance that photography and their authors held for the editorial line.

However we recognize that since the 1920s the number of published photographic images decreased till the end of the 2nd series, in December of 1934. Although the number of housing projects remains stable, the magazine came to value up technical drawing as the main form of quintessential representation of the architectural design, eliminating almost completely the use of photographic images.

The 2nd series begins in January of 1930 (N.º1 - year XXIII) and did not result in significant changes to the patent panorama at the end of the 1st series. The photographs that occasionally arise are almost exclusively exterior photographs. Only 4 numbers will contemplate photographs or residential interior illustrations for a total of 3 photos and only one illustration. However, this new series brings some changes, for example introducing the collaboration and exchanging articles with foreign magazines. Such as: the “House” magazine (Brazil) or the “Chantiers” magazine (Algeria).

As from the 3rd series the magazine “Portuguese Architecture” merges with the publication “Ceramics and Building” and there is an increase in photographic representation, particularly of the housing interiors. The housing problem has a relevant role in the pages of the magazine and photographs were the most popular means of representation (702, of which 359 correspond to interiors and only 47 do not include furniture). They were followed by technical drawings (580) and illustrations (99). We highlight 31 numbers that include articles on housing and were being illustrated only by photographs of the interiors. 22 other numbers are almost exclusively illustrated by photographs of interiors.

The 4th - and final - series introduced some significant changes both in terms of content and in terms of format - now smaller in size but with more pages. The issue of housing continues to play an important role in the pages and photographs were the second most popular means of representation (106, with only 18 correspond to interiors), preceded by technical drawings (136) and followed by illustrations (38).

In short the magazine “Portuguese Architecture” allows us to understand the published image and the context of the Portuguese architectural production in the first half of the twentieth century. 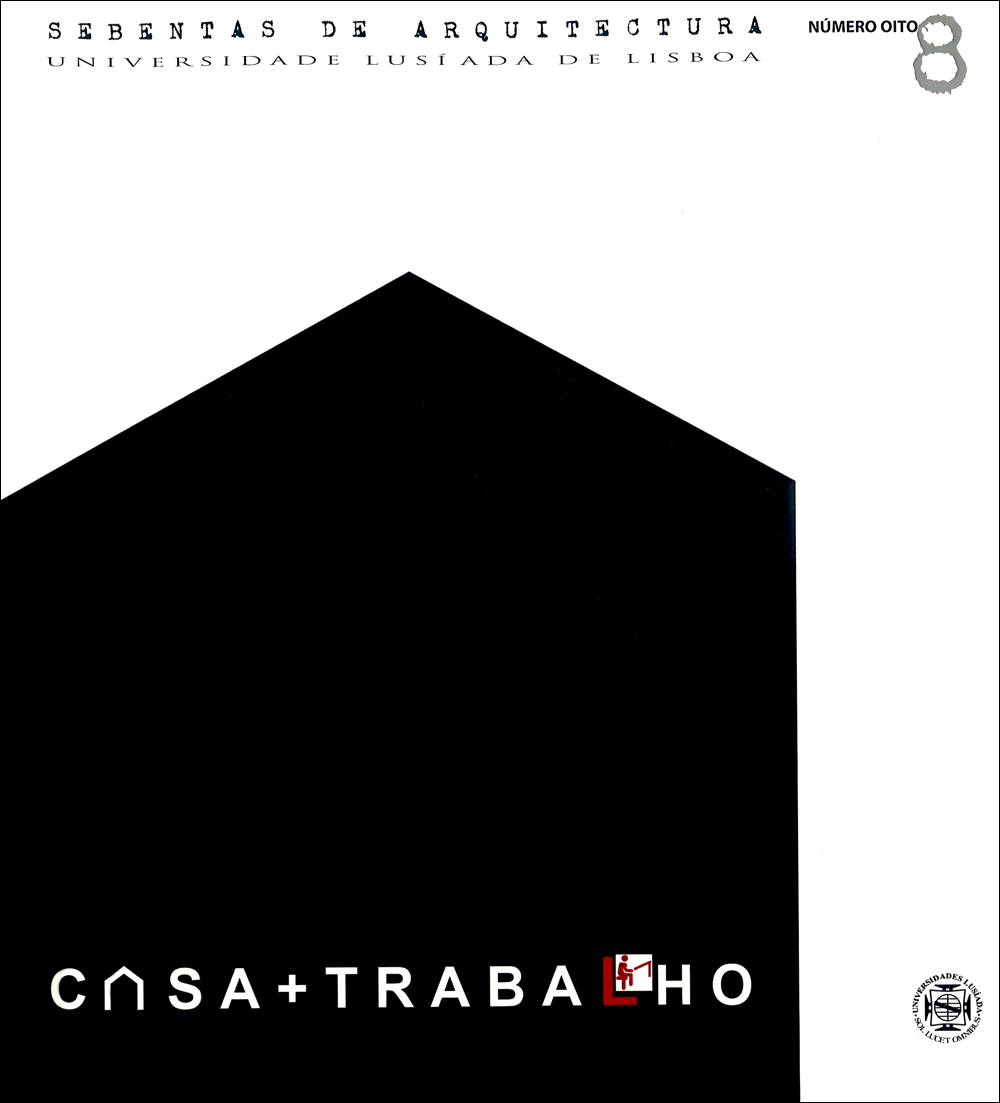